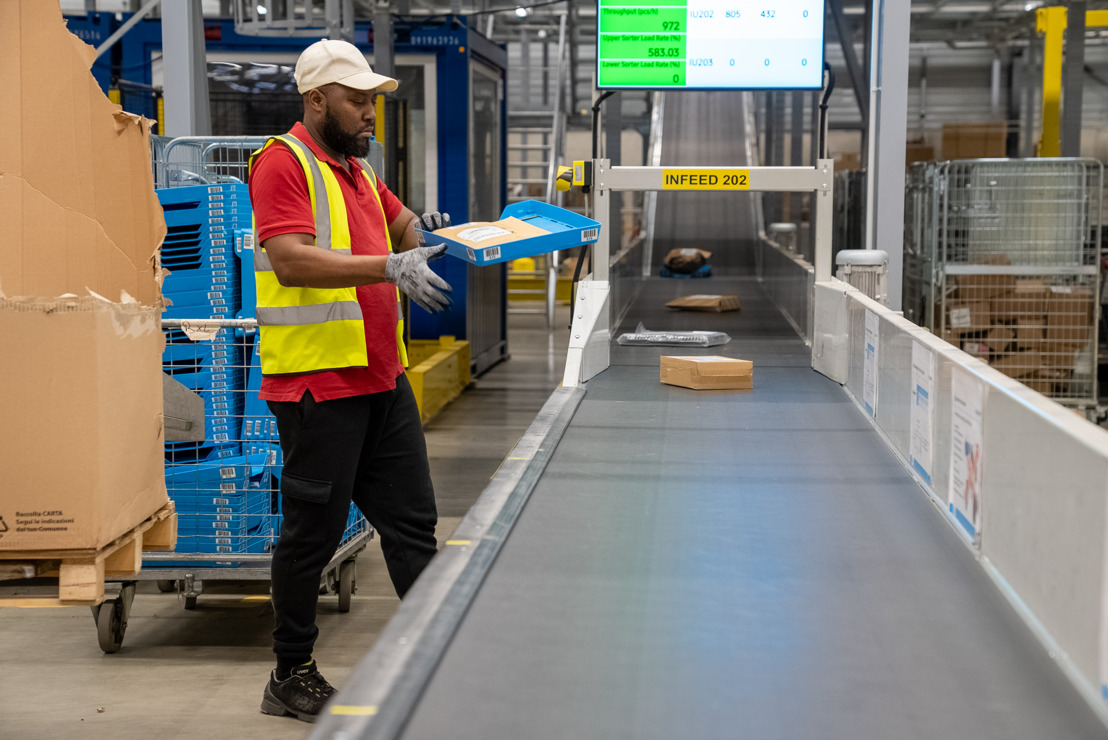 The popularity of e-commerce has risen sharply over the past three years. It is bpostgroup’s ambition to be an international industrial champion firmly anchored in Belgium within the next five years. With this in mind, as a major force on the market bpost Belgium is adapting to the changing market conditions and significantly expanding its sorting capacity in Antwerp. The first part of the new parcel sorting machine (PSM) will be fully operational this month. Together, the new and existing machine sort 18,000 to 20,000 parcels per hour (a doubling of sorting capacity), just in time for the busy end-of-year period. The second part of the new parcel sorting machine will be delivered next year.

Further expansion was required in response to the trends on the market. However, the expansion had to be achieved without the loss of sorting capacity during construction or the changeover to a new machine.

“That’s why the new machine is being built in two phases,” says Tom Geerinckx, Preparation Manager at Antwerp X. “Our current machine is still running at full capacity and the first part of the new machine came on stream last month. We will begin building the second part in early 2023. The full PSM will be operational in time for the end-of-year period 2023 and will be able to sort 20,000 parcels per hour.”

Only then will the older machine be dismantled, with the new machine taking over the whole activity at a higher capacity.

All infrastructure of the sorting centre has also been adapted to the new PSM. The existing building was enlarged by 2000m². Earlier this year 19 new truck bays and two loose load conveyers, which can be extended into the interior of the truck, were taken into use to unload and transport bulk cargo to the sorting machine. Many customers want to load their goods straight into the truck, without using pallets or containers.

bpost is adapting in response to the changing economic context, but the main goal is to be able to provide flawless service and improve the work environment.

“The AX sorting centre investment shows bpost’s ambition to position itself as the preferred partner in e-commerce logistics, staying true to our DNA and ensuring employees have opportunities to grow and develop,” says Ronald Kenens, Director Preparation.

Petra De Sutter, minister of public enterprises with responsibility for the postal service says: ‘There’s more to a parcel than you might think. Everyone sees the parcel deliverer passing by on our streets, but there’s a whole machinery behind them. It’s good that bpost is preparing for the expected parcel rush at the end of the year with this new parcel machine. We expect our public enterprises to constantly innovate and act as a role model. This high-tech machine is an example of that.”

The Antwerp X building has been designed for maximum sustainability. LED lighting was recently installed throughout, as it has been at other bpost sorting centres. There are 3704 solar panels on the roof for onsite consumption. Wastewater is also purified and reused.