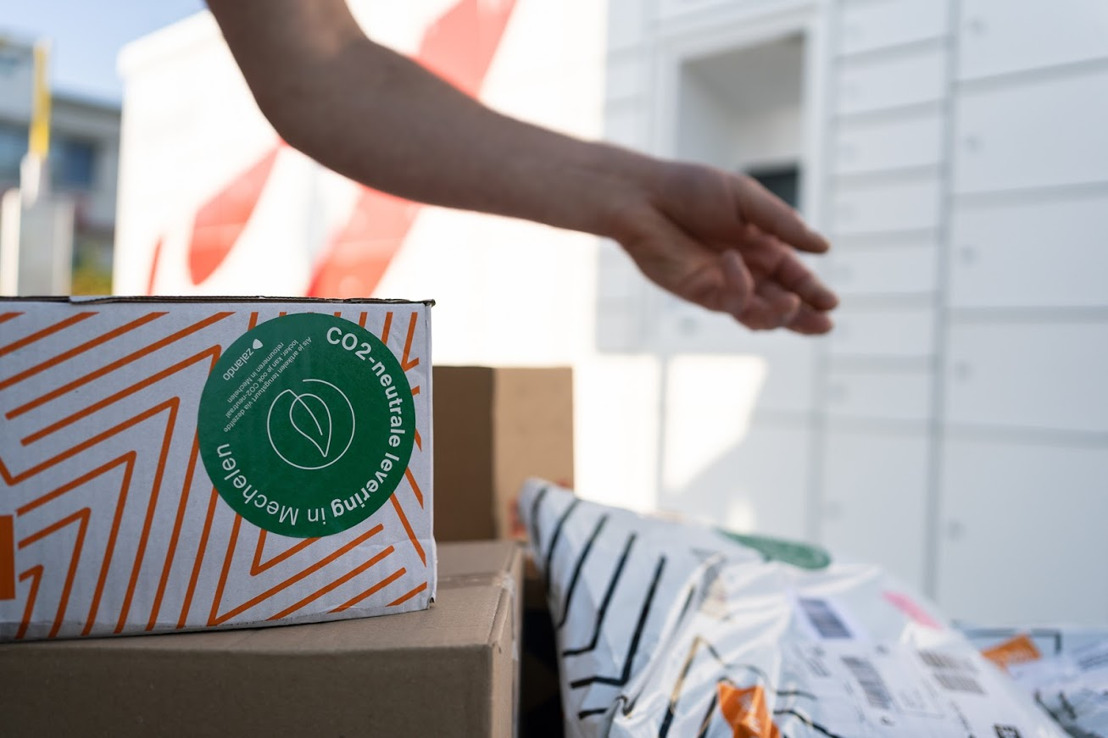 In July 2020, bpost group launched its Ecozone, a pilot project with the aim of reducing the impact on traffic and the climate of parcel and letter pick-ups and drop-offs in Mechelen. Despite the phenomenal increase in the number of parcels since the beginning of the coronavirus pandemic, bpost has been able to deliver all letters and parcels in the 2800 postcode area emission-free. While bpost group implemented the required changes at operational level, it also wishes to thank the residents of Mechelen for adapting their behaviour to help make this project a success. This successful project fits in perfectly with bpost’s omnicommerce strategy, as part of which bpost is creating an ecosystem of options for customers, with a heavy stress on sustainable enterprise. The Ecozone concept will be transferred to more city centres this year.

Electric vehicles, one Microhub and a dense network of pick-up points.

Bpost has invested heavily in the greening of its fleet in Mechelen. All diesel vehicles have been replaced by electric cars or electric bikes equipped with an innovative trailer. These are used to deliver parcels, newspapers and letters to homes, pick-up points and post offices.

A Microhub completes the network. The function of this centrally located site is to consolidate flows into and out of the city centre throughout the day. This is where mail carriers load up their bikes with parcels for last-mile delivery on their round and bring their return parcels, which are picked up by electric vans and taken to Mechelen Mail Center on the outskirts of the city. In July bpost will open a city hub here, enabling the full-scale consolidation of parcel and goods flows, including for third parties.

By maximizing investment in its green fleet, with more bikes, the Microhub and a large number of pick-up points, bpost limits both the number of vehicles on the road and the total distance covered in the city centre. The company has also been able to deliver all letters and parcels in the 2800 postcode area emission-free.

Getting people to change their behaviour is a central principle of the Ecozone concept. If consumers take the car to pick up a parcel from a parcel locker that would nullify bpost’s efforts. In Mechelen residents have gradually adapted their behaviour, thus making a big contribution to the success of this pilot project.

A bpost survey shows that the use of pick-up points has increased month on month. There has been minimal use of cars to this end. 85% of Mechelen residents go to pick up their parcels on foot or by bike. Only a small number of respondents take the car and two in three car users combine the pick-up with other business, such as a trip to the supermarket, school or work. 81% of users covered less than 500m to get to a parcel locker station. All age categories are represented among users, who rate themselves very satisfied, particularly because of the sustainable aspects of the service.

The Ecozone project has clear and immediate positive consequences. The MOBI research unit of the VUB monitors the sustainability impact of the Mechelen Ecozone, with due consideration for all aspects, including emissions, air pollution, noise pollution, distances covered, traffic problems and road wear and tear. A total sustainability gain of 32% has been observed compared with the previous situation. This is particularly due to the reductions in CO2 (97%) and fine particles (77%).

The increased use of bikes has reduced the total distance covered by bpost vehicles in the city centre by 164km. The green fleet is also quieter, resulting in a 49% decibel reduction. Furthermore, the pick-up points and Microhub enabled bpost to achieve a total sustainability gain of 64% on parcel rounds using cargo bikes. The behaviour of Mechelen residents was also monitored. The lower number of customer journeys led to a 0.6 tonne reduction in CO2 compared with the previous 0.7 tonnes (86% lower).

Dirk Tirez,  interim Chief Executive Officer of bpost group:  “Sustainable enterprise and respect for our planet are at the heart of our strategy. bpost has worked to comply with the Paris climate agreements from the very beginning. That requires us to rethink and adapt how we work. We are now showing that change is possible and that it is backed by the municipal authorities and citizens. This first Ecozone proves that customer satisfaction, service and innovation can go hand in hand to achieve our shared ambitions in terms of sustainable development and set up an ecosystem of options for customers. This is good news with an eye to the future. Initiatives like Ecozone ensure bpost group is able to honour its commitments.”

“I am delighted that by launching this pilot project in Mechelen bpost is setting the tone with regard to further letter and parcel delivery methods that respect our environment and our planet,” says Minister de Sutter. "Everyone knows that the parcel sector has an impact on the climate and the environment. The way that bpost is conducting a sustainable test of each delivery step in Mechelen to reduce this impact is unique. The federal government and bpost are currently negotiating a new management contract and we will set some ambitious targets together within that framework. In addition to human contact, and service proximity and accessibility, we want bpost to play a trailblazing role, especially in terms of the environment. My ambition is to turn the public authorities and enterprises into innovation and ecology leaders. This project is today a full-fledged part of that and it will be swiftly rolled out to other Belgian cities. This is the path we want to take and I invite other companies to follow this example.”

The Ecozone Mechelen is the result of a cooperation with the City of Mechelen within the framework of the European three-year project ULaaDS (Urban Logistics as an on-Demand Service), which aims to provide an answer to the challenges in urban logistics due to the on-demand economy.