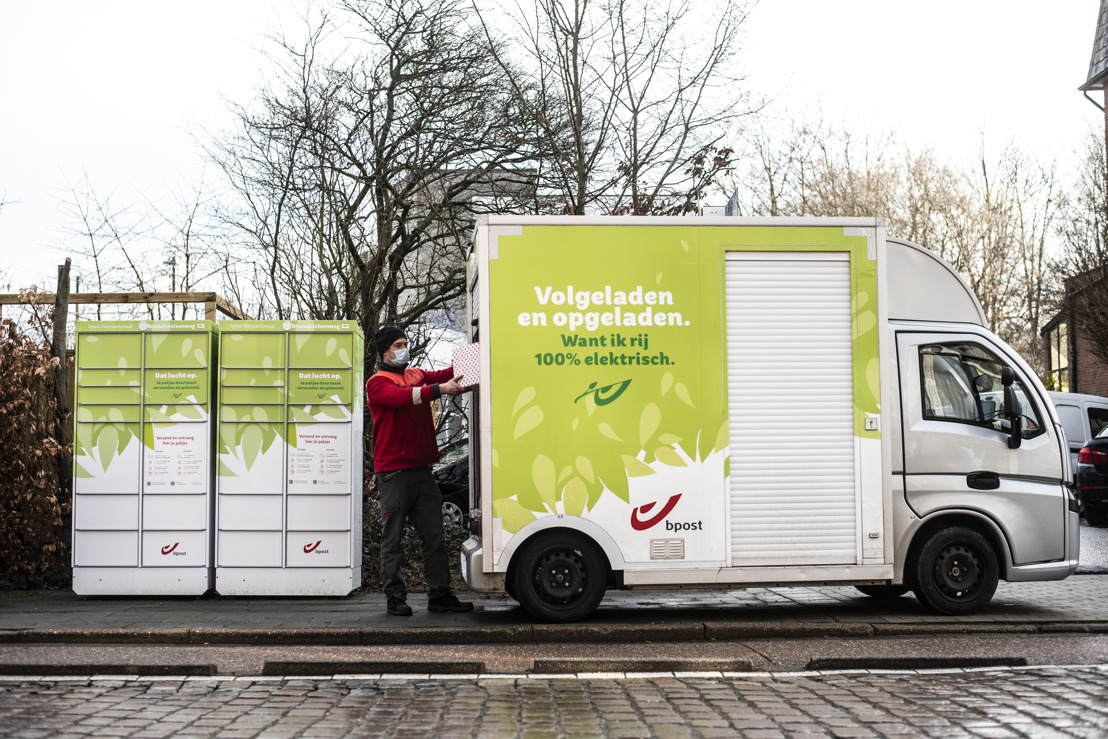 The City of Leuven and bpost have similar ambitions with regard to sustainability. They both aspire to achieve a big reduction in CO2 emissions, with their efforts focused on sustainable transport, including sustainable city logistics. With this in mind, the City of Leuven and bpost have signed an agreement in principle to set up an Ecozone by the end of 2021 covering Leuven city centre, where newspapers, letters and parcels will be delivered with no CO2 emissions. After the successful pilot project in Mechelen, Leuven will be the second Flemish city with a fully fledged Ecozone.

A number of important aspects are involved in the successful launch of an Ecozone. A finely meshed network of existing pick-up points (post office, post points and parcel points) supplemented by parcel lockers will be rolled out and a completely green city delivery fleet will be adopted. The City of Leuven and bpost are also counting on the cooperation of residents and traders.

The City of Leuven and bpost will begin preparations this summer ahead of the rollout of a dense network of 22 new parcel locker stations at neighbourhood level in the autumn. ​ Everyone – from consumers and traders to logistics firms – can use these stations to pick up and drop off their parcels. bpost and the city are currently studying the most suitable sites and how they can be integrated into the mobi-points. bpost’s aim is for every resident of Leuven to be within 400m of a parcel station. That’s because taking the car to pick up a parcel immediately undoes all the emission-free delivery efforts. The hope and expectation are that residents of Leuven get onboard with the concept and the aims. The experience gained in the Mechelen pilot project has certainly shown that residents are delighted to do their bit. The parcel lockers are also available to local traders. They will be able to use the parcel lockers for the pick-up and drop-off of small volumes.

From the autumn, all newspapers, letters and parcels will be delivered to homes using electric bpost vehicles (electric vans and bicycle trailers), which will also be used to supply various pick-up points around the city.

The combination of green vehicles, mail carriers on foot with an electric bicycle trailer and a large number of pick-up points means that bpost is able to limit the number of vehicles and kilometres per vehicle in the city.

This Ecozone concept fits in perfectly with bpost’s strategy, which is focused on sustainable jobs and employment, and environmentally friendly processes. “Since as far back as 2015 bpost has been committed to complying with the Paris climate agreements. We are constantly developing new innovative solutions to reduce our ecological footprint and the impact of our activities,” says Paul Vanwambeke, Director Urban Logistics at bpost. “The City of Leuven has the same ecological ambitions as we do. So we quickly reached agreement on launching a sustainable delivery project in the city centre.”

bpost recently announced that the City of Mons would also develop an Ecozone. This year will see further sustainable delivery projects in city centres in the three regions of Belgium.

The coronavirus pandemic has driven a spectacular rise in the number of parcels delivered to homes. And the trend is expected to continue after the pandemic ends. “All those home deliveries generate a lot of extra work and emissions. ​ The establishment of this Ecozone with additional parcel lockers and CO2-free delivery will improve the quality of life and road safety in the city centre,” says David Dessers, City of Leuven’s transport portfolio holder. “The Ecozone is also a great addition to other sustainable city logistics initiatives, such as ‘Wij.Leveren’ , the digital distribution platform for parcels our city will be rolling out with the neighbouring municipalities in 2022.”

Alderman for Trade Johan Geleyns (CD&V) also sees advantages in this for our merchants in Leuven: "We turn projects like this into a win-win. Nothing can replace the experience of visiting a physical shop, to see, to taste, to try on. The after-sales service of our Leuven shops will also always remain an added value. E-commerce, however, is here to stay. That is why we continue to consult with our merchants and with the merchant association "Liefst Leuven" and learn how we can best strengthen our merchants to play along in a hybrid future where online and offline coexist. We are doing this by means of the city distribution project we.deliver, a subsidy regulation to accelerate the digital conversion of our merchants and the online bundling of the different types of merchants. We achieve more through cooperation. This project of bpost fits perfectly into this: the customer-friendliness of Leuven can be experienced in the shop and is then delivered to your neighbourhood."

The final partnership agreement between bpost and the City of Leuven awaits the approval of Leuven’s council in August.